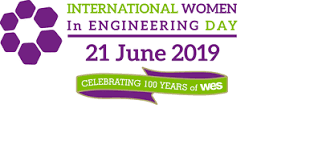 23 June is International Women in Engineering Day (INWED), and 2019 also marks the 100th anniversary of the Women’s Engineering Society. The theme for 2019 is #transformthefuture.

As a member of WES, and a woman working in the field of acoustic engineering, I thought it would be useful to look back over my career, including some of the challenges I’ve faced and opportunities I have been given, in order to learn some lessons looking forward.

Many people ‘fall’ into acoustics, having done other subjects which touch on it, such as sound engineering, music technology, or architecture. I, on the other hand, decided at the age of around 15 that I wanted to work in acoustics, and more specifically in building acoustic design.

Like many other acousticians, I had a love of music and was strong in the sciences, and exploring sound seemed like a good idea. At this sort of age, few people have even heard of acoustics as a sector – teachers and students alike even now are generally unaware that acousticians exist as designers. However, I had an insight in that my Dad worked in acoustics so I knew that it was an option.

During this period, my Dad worked mainly in railway acoustics (having also worked in combustion acoustics) and some work experience in this field confirmed that I was definitely interested in pursuing acoustics – but also that I definitely didn’t want to work solely in railways or industry.

I became keen on the idea of architectural acoustics, attracted to the idea of helping to design concert halls and auditoria, and drawing on my love of music. I was always aware that the chance to work on these projects was limited and that in reality more ‘basic’ projects would make up the majority of the work, but I decided to pursue it, choosing Maths, Physics, and Music for my A-levels.

When looking at University courses, I really went against all sensible advice. I wanted to study acoustics as an undergraduate, and the only options were ISVR in Southampton or Salford University. Salford University had the option of Physics with Acoustics at BSc or MPhys level, and this felt like the perfect fit for me – giving me the option to specialise in acoustics without having to fully commit as there would have been many other career options with a physics degree if I decided acoustics wasn’t for me.

The courses at ISVR required higher grades to get in, and I knew that if I got in to the Salford course I would want to go there. My careers advisor was horrified when I only applied to one University, adamant that I should have a backup in place, but it seemed to me that if I didn’t get on to that course I would have to take some time to figure out what I wanted anyway. Luckily I did get in, and loved the course…taking a three year BSc.

I was able to study physics generally, but all my optional modules specialised in acoustics and my final year project undertaken in acoustics. I was lucky enough to be able do a project measuring the effect of diffusers in a tenth scale physical model of a concert hall. I graduated with a 2:2, and a strong desire to build a career in building acoustic consultancy.

I originally wanted to stay in the North West where I had studied, but wasn’t able to secure a suitable graduate role, and so started to look further afield. I was offered two positions – one in the Midlands and one in the South East. There was some uncertainty about the role in the midlands and what it would entail, so I decided to take the role in an independent acoustic consultancy in the South East which did building and industrial acoustics.

I spent my first eighteen months doing noise surveys, writing reports, carrying out sound insulation tests, and doing some design work. Then a vacancy was advertised for a role at one of the UKs leading building acoustic consultancy practices, and I decided to apply, even if just for the experience of applying and hopefully interviewing.

In the end I was offered the role, and began working in London. I found the breadth and depth of work much more challenging and developed rapidly with the help and support of some fabulous colleagues. I became a Senior Engineer around 3 years after joining the company, and Associate another 2 years after that. When I decided that I wanted to return to the North West, I was able to transfer to the Manchester office of the same company.

In 13 years of working within that organisation, I had the opportunity to work on some really interesting and high profile projects, including conference centres, performing arts buildings, cultural centres, cinemas and many more – fulfilling the ambitions I had as a teenager. However, I developed a specialism in residential acoustic design, and became very familiar with the regulations for acoustics in residential developments. One thing I learnt during my time there is that it doesn’t really matter what project you are working on – the acoustic issues and principles are the same; it’s just the requirements and scale that are different.

A couple of years ago I decided to take on a new challenge, and join RBA Acoustics in the Manchester office, and am working on a wide range of interesting projects from the whole range of sectors. Again, I am surrounded by great colleagues, who support and challenge me and my knowledge in equal measures. This move has given me the opportunity to develop both my technical and management skills with a greater level of responsibility.

I have faced a wide range of challenges over the years working in acoustics, but have also been presented with many opportunities. I was the first female acoustician to be employed at both of my previous employers, although in my second role I was quickly joined by other fantastic female acousticians.

While I have at times been questioned and undermined in male-dominated design team meetings, on-site, or by project teams who felt that I could not possibly be qualified to discuss technical issues, I have found that having a deep understanding of my subject and the communication skills to get my message across means I can usually win people around pretty quickly. I have also worked with some amazing and diverse people from all design and construction disciplines.

I have worked with high profile architects, been involved with award winning projects and met an unbelievable range of people from all walks of life. I have worked on projects all over the UK and in the Middle East, as well as Russia, Kazakhstan, Vietnam, and many other

I have also faced the challenges that come with taking two periods of maternity leave in a relatively short period, and having to put work out of my head to concentrate on my children. With this comes the desire and need to return to work, and the question is how to balance the needs of a young family that I love with a job that I am passionate about and want to commit myself to. It’s not an easy balance to strike and there are times when I wonder whether I am giving enough to either my children or my career, but on the whole I am lucky to have had understanding employers who have supported me and allowed me the flexibility to juggle my career with family. Having a supportive and understanding husband and family also helps…

In 2019, it will be 17 years since I started work as an acoustic consultant, and well over 20 since I decided that this is what I wanted to work towards. I have watched the industry change over this time, from a place which often had no welfare facilities for women on building sites, where women had to fight every step of the way to be heard and recognised, to a place which is often more welcoming and open to everyone.

However, there is still a long way to go to ensure that the design and construction industry is an accessible and welcoming place for all to work. Provided we all do our best to support both the young people coming through– especially those in any minority group – we can make the industry a better place. And aside from attracting new talent into the industry, we need to be aware of retaining talent throughout the entire carer cycle. Working with a young family is hard for all parents, and this is a particular challenge for women returning from maternity leave after an extended period away from the office, or for those who take longer periods of shared parental leave.

But really, we should all make an effort to understand that we never really know what is happening in anyone’s lives, and that a little empathy and understanding goes a long way – there are times when everyone needs a little extra support to maintain their mental and physical health and wellbeing, and by doing this they will be better equipped to do a good job.

And in doing so, we will #transformthefuture for the better, and make engineering a happier place for everyone involved. 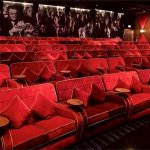 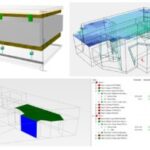 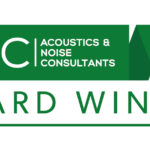 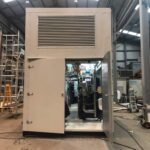 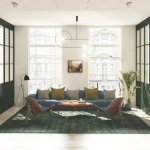 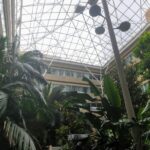